Whether at work or hosting regular literary events, he masterfully blends words, ideas, and music into quality pieces and heartfelt actions. Alex Ciorogar is an Associate Editor whose main aim is to bridge the gaps between traditional and unconventional means of literary practice and journalism by creating truly unique projects.

He is the restless mind behind Lecturi in Atelier, a concept that brings under the same roof writers and readers alike. When at rest, his heart and hands are tuning in to a different kind of frequency—picking up his bass guitar, he pretty much owns the stage with his band, Beats Remedy. Here’s a sneak peek into an avid writer and musician’s mind.

Tell us three things about you that Google doesn’t know.

I’m secretly compiling a belief system to live by. Which is why I’m passionate about working through my short-term goals, like unveiling three things that Google doesn’t know about me.

I think evolution reads a lot like luck, while happiness is only truly achieved through humbled compassion. I find joy in working out and I often wish I’ve started earlier. I’m also constantly critical about my middle-class ideas and grateful for not being born greatly privileged or prejudiced. I love sharing my thoughts and I take pride and joy in learning something new from those willing to teach. I also enjoy good pasta, Jameson on the Rocks and tennis. I would also call myself a Pulp Fiction aficionado.

You created a series of literary events called Lecturi în Atelier. What inspired you to bring writers and readers under the same roof? And why Atelier Café?

While studying for my master’s degrees, I was fortunate enough to receive several scholarships, thus having had the opportunity to see how cultural events are organized in places such as Grenoble (France), Brussels (Belgium) and Krakow (Poland). These are the experiences that inspired me, especially since Cluj doesn’t have a lot to offer on this note, despite its vibrant artistic milieu.

I’m a heavy coffee drinker and I used to spend many of my bohemian freshman afternoons at Atelier Café, enjoying the occasional cigarette while trying to desperately catch-up on my syllabus reading list for the upcoming exam. It seemed like the perfect downtown spot, and I’m grateful that the managers were keen on the idea of collaboration. I also wanted to do something different as opposed to the old-fashioned format of the so-called “literary cenacle”, since the digital environment has completely changed the ways in which we interact with art and print culture in general. Therefore, while every event is individually tailored according to my guests’ wishes, I adopted the friendlier talk-show type of approach, where we usually play music and videos in the background. 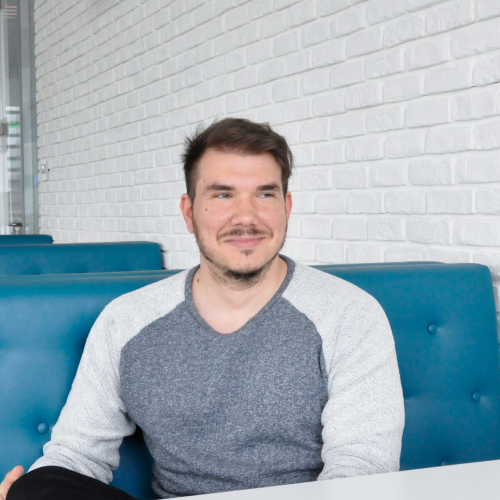 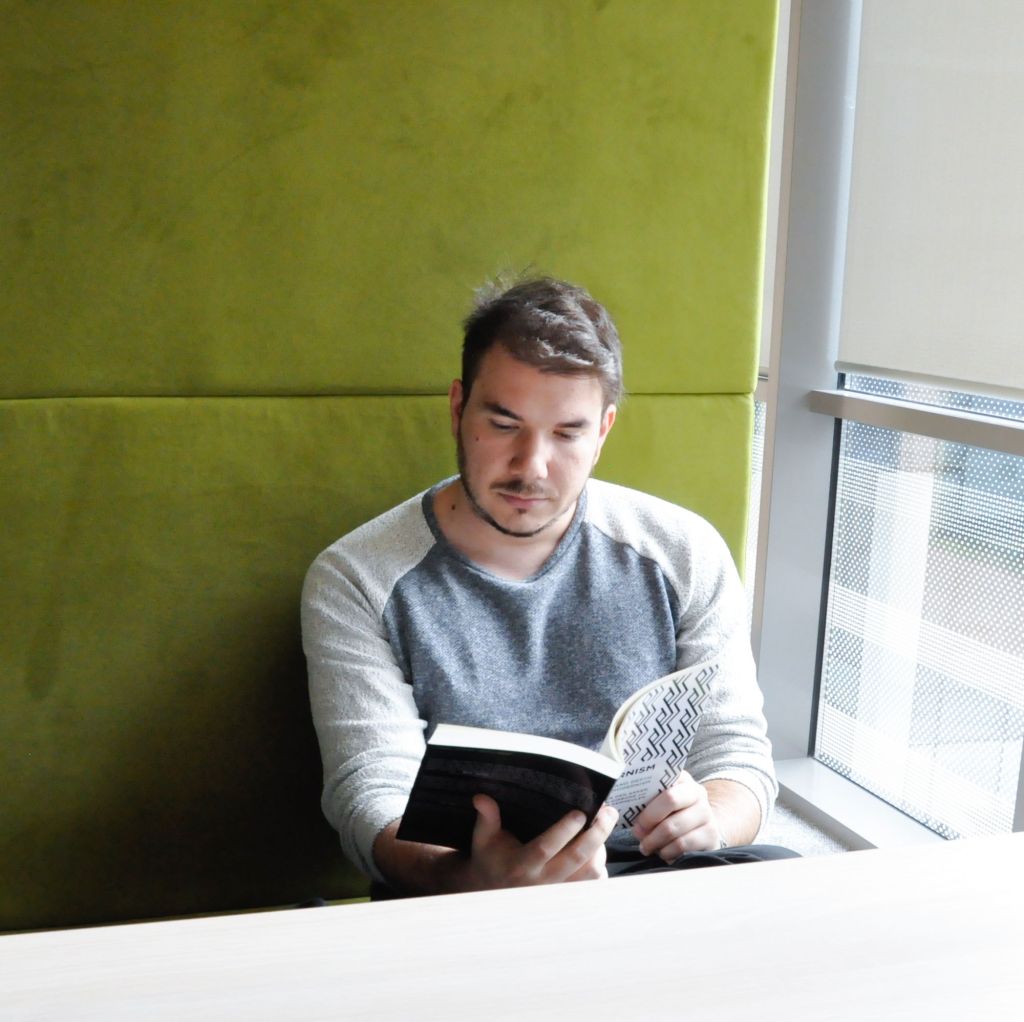 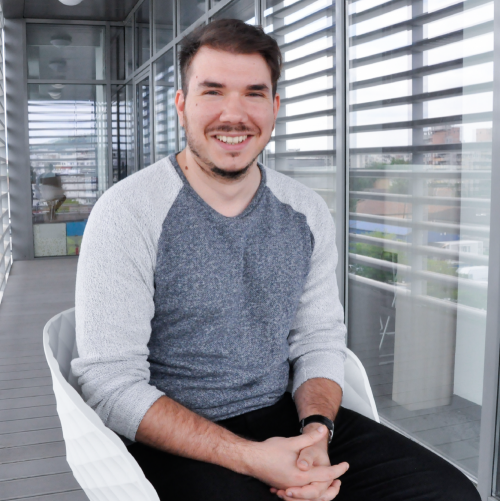 There’s always something good to read. I’m very fond of American novelists (Ernest Hemingway remains one of my favorites) and English-language poets such as T.S. Eliot or Ezra Pound. Emily Brontë’s Wuthering Heights, Oscar Wilde’s The Picture of Dorian Gray and Marcel Proust’s Remembrance of Things Past are just some of the books which left a permanent mark on me. I’m not a big Sci-Fi fan, but I love detective/crime novels. I also like contemporary authors such as David Foster Wallace, Jonathan Franzen, Zadie Smith and Junot Diaz. I’ve recently discovered an 11th-century Japanese novel, The Tale of Genji by Murasaki Shikibu, as well as the works of Saadi, Khayyam, and Hafez—amazing Persian poets. Franz Kafka certainly makes the list, together with Vladimir Nabokov.

Call me weird, but I think TV shows like The Sopranos, Madmen or The Wire could easily pass as one of The Great American Novels. Maybe Bob Dylan was just the start of a new era of cultural democratization. I recently visited Frankfurt and discovered that a recent edition of Milton Crane’s Fifty Great Short Stories (Bantam Classics) is the bestselling book in transit locations, such as airports or train stations, which is great news.

How does your experience with writing interfere with your job at Yardi?

I’ve written a series of scientific articles published in academic journals, as well as several book chapters (Cambridge Scholars recently included one of my papers in a collective volume), so my professional upbringing helped me in acquiring a definite set of transferable skills (critical thinking, research skills, the capability to easily digest and summarize large data sets) and what’s usually called rhetorical flexibility. However, my job at Yardi brought me new and valuable skills which stem from the worlds of journalism and advertising, something I wasn’t previously accustomed to. I’m excited about having acquired new writing and research practices which—while being different from those of the academic field—have proven to be quite resourceful for all my areas of activity.

Music seems to be your other passion, as you play bass guitar in a band. Tell us a bit about this experience and how words blend in with music in your world.

I’m a self-taught bass player. I picked it up when I was 12. Things evolved quite slowly back then since the internet wasn’t really a thing. My best friend and I formed a rock band, RockHouse, and we played all through high-school. I remember everybody saying we sounded like Rage Against the Machine and—although it was supposed to be an insult—we took great pride in it. We played lots of small gigs, but we also stepped foot on some of the biggest stages back then (Stufstock, FânFest, Top T Buzău, Rock la Mureș and many others). We also opened for bands such as Vița de Vie, Omul cu Șobolani, Coma or Proconsul and I’m the proud owner of two “Best Bass Player” awards.

I bought my apple-red Fender Jazz Bass from a store in Bucharest and I’m not planning on changing it anytime soon. Not long after that, I discover Jaco Pastorius, one of the greatest bass players of all time and my all-time hero. That was the moment when I started playing other musical genres such as jazz, electronic music, and hip-hop. I’m currently playing with some of my friends in Beats Remedy and we’re working on recording our first album.

You can see Alex’s writings on the following sites: ciorogaralex.wordpress.com and ubbcluj.academia.edu/Aciorogar.

Inspired to find your passion at Yardi Romania? Check out our current opportunities.